Michael Biddulph, who has died aged 60, spread his talents widely as a journalist, public relations officer and university lecturer. 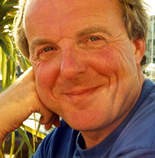 While deputy editor of the Oxford Mail's sister paper, the Oxford Star, he was named Free Newspaper Journalist of the Year in 1983 for two exclusive stories about Oxfordshire County Council, and a feature on education spending cuts.

Later, his role was reversed -- as the county council's public relations officer, it was his job to try to defend the council from the media.

Mr Biddulph, who had been suffering from cancer, grew up in Wolverhampton, and always wanted to be a journalist. He began his career on the Walsall Observer at 16.

He joined the Oxford Mail in 1966 after a spell on the Croydon Observer, then took a break from journalism from 1970 to 1975 to study at Ruskin College, Oxford, and at Swansea University.

He returned to the Oxford Mail and joined the features team. In the early 1980s, he became a reporter on the Oxford Star, and within a year, was promoted to deputy editor.

He strongly believed that the serious side of journalism should be tempered by a sense of fun.

He published a front-page 'exclusive' in the Star revealing that the Prince and Princess of Wales were to move to Bradfield Hall, near Kidlington. Most readers, but not all, spotted the date -- April Fools' Day.

He once posed as the Mad Hatter in Alice in Wonderland to remind readers to turn their clocks back.

He left the Star in 1985 to work as production editor of magazines for the Hawkedon Partnership, a Chipping Norton publishing company.

Two years later, he was chosen by Oxfordshire County Council to head a new public relations unit, responsible for promoting the council's image.

In 2003, he achieved a long-standing dream to set up his own consultancy, Rowboat Communications, in Twickenham, Middlesex, where he lived.

In his spare time, he taught social science to Open University students.

Jim McClure, former editor of the Oxford Mail and The Oxford Times, said: "When we became friends, in the mid-'60s, Michael Biddulph was one of the most respected and frequently feared bylines in Oxfordshire journalism.

"Acerbic, astute and difficult to fool, he fought in the frontline on behalf of our readers. But, as a man, he was even more special."